This past Saturday I was lucky enough to see FILMAGE:The story of Descendents/ALL at it's Ft. Collins Colorado Premiere. As Ft.Collins has been the home to many of the band's members over the years and this was a free showing that would be followed by a live performance from two incarnations of ALL, the crowd was appropriately excited beforehand and rambunctious and appreciative during the festivities making for quite a wild night. So wild in fact that I myself was ejected for an ill-advised stage-dive during the second ALL set, but I digress…..

For those not in the know THE DESCENDENTS are the long standing flag-bearers of Pop-Punk, Nerd-dom, Fishing and Coffee loved the world over by the haplessly rejected and un-cool. After their vocalist Milo Aukerman left the band in the 80's to pursue a career in Biology they continued on as simply: ALL with a succession of Three different vocalists over the next Twenty-Five years leading them to become the flag-bearers for the even MORE completely hopeless. (is that even possible?)
While loved considerably less than their previous incarnation ALL still built a small army of very dedicated and highly caffeinated fans.

Filmage does the almost impossible task of telling the story of countless members, locations, line up changes,re-formations, triumphs and heartbreak in a way that not only rewards die-hard fans who have been waiting for something like this but is also perfectly clear and enjoyable to folks who may only have the most passing knowledge of the band.

To this end the Movie weaves together Interviews with almost every band member past and present, archival and current live footage, Animation, Charts and talking head style blurbs with folks who were inspired by or close to them (most notably Dave Grohl of NIRVANA, FOO FIGHTERS Mark Hoppus of BLINK 182 and Fat Mike of NOFX) and still has time to detail Drummer Bill Stevenson's run in BLACK FLAG to boot.

The real achievement here on the part of the Filmmakers is paring down the no doubt endless amount of material they had to chose from to make a documentary that truly reflects the hilarious, fast and occasionally poignant songs they are attempting to tell the story of.  The entire first part of the film is so funny and quickly paced that I found myself missing what was being said next as I was still laughing so hard from the previous scene.
Because of this you almost miss the occasional jagged broken bottle stab of ill-will or sadness that is mixed in early on. This is especially noticeable in the end of original DESCENDENTS Guitarist Tony Lombardo's and second ALL vocalist Scott Reynolds's respective interviews.

The second half of the film brings together the reformation of the DESCENDENTS not once but twice, the continuing trials of ALL and the severe health problems of Drummer and only constant member through their many incarnations : Bill Stevenson.  Despite the fact that  DESCENDENTS vocalist Milo is the most known member as his cartoon visage is on many LP sleeves and tattooed on just short of as many people as the BLACK FLAG bars, it is Stevenson who towers over the film with his larger than life personality in a way that you truly understand that he is  both ALL and DESCENDENTS and they are Him but without  belittling  anyone else's contributions to the band.
More than anything Stevenson's discussion about the death of his Father is the most harrowing and effecting part of the film. For anyone who has ever wanted to live up to or impress a parent and then lost them before being able to do this…it will strike home very hard.

If I have any complaints at all they would be the occasional over-use of some pictures and the fact that the controversy surrounding some of the lyrics being considered sexist or homophobic is not addressed at any point. I would have liked to have seen a band perspective on this covered in the film.

Otherwise I can not recommend this enough to die hard or brand new fans, even folks who just like checking out random documentaries and know nothing about either band  are going to find this fast paced and fun. That is the best compliment I can give it! 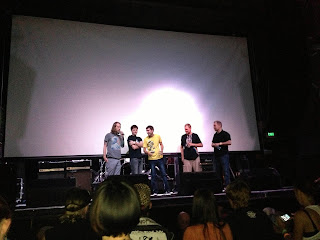 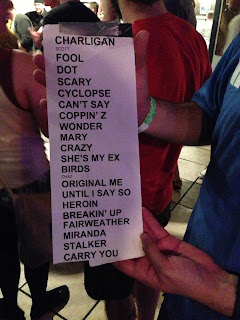 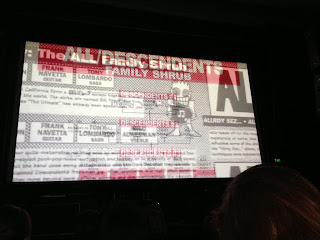 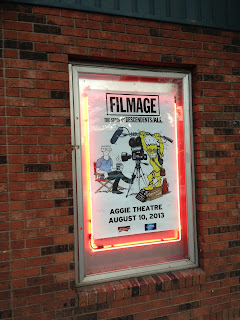 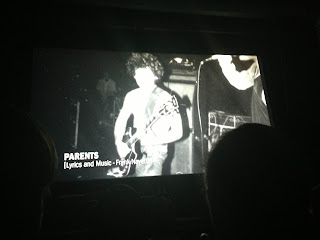 Posted by celebrated summer at 2:45 PM

Great write up Tony! Man did you nail it with an insightful review of a film that must have whizzed by if this was your first viewing. Great meeting you and thanks for everything!
Chris Shary