The second of the three Celebrated Summer anniversary shows happened on Friday August Third inside of Legends comics which houses CSR. I was super nervous about this show since it was a lot to plan for and I really did not want anything to go wrong. Luckily I had the help of Tom, Moo, John and Robs to make things easier and in the end it turned out great. Deep Sleep went on first and I was a bit distracted/nervous not just because of trying to do everything but also my Mom and Sister, her husband and their children and my Aunt were all there. It was great to see them and they all seemed in really good spirits, especially after all the free Pizza, Root beer and cupcakes(Moo made them!) I had gotten for this thing. Anyways we played pretty well and it was fun/surreal to be playing at the store in the spot normally where it's kids playing Magic the gathering. 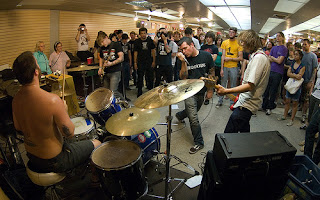 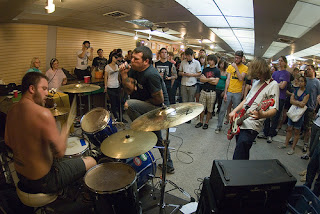 I got a few pretty amazing presents, one being this great painting by Jeriminus (who has done other excellent art for the store) 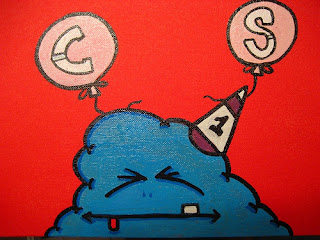 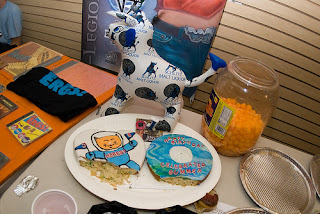 For science played an awesome set next and I have photos coming soon!
After them The Ergs played and the crowd was jumping around and singing along like crazy. They played songs from almost all of their releases and even "stinking of whiskey blues" for me! 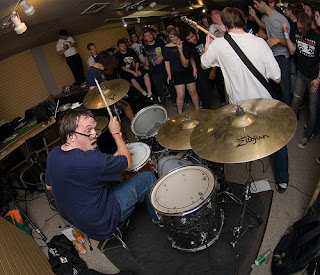 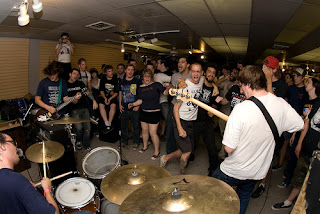 The Ergs pics by Eldon Baldwin Set list Pic by Me. 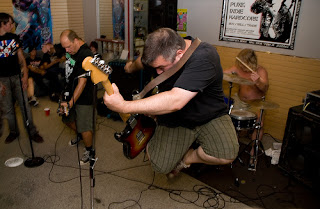 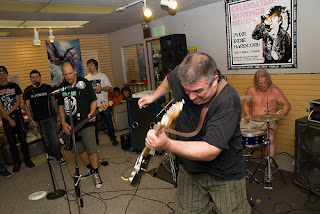 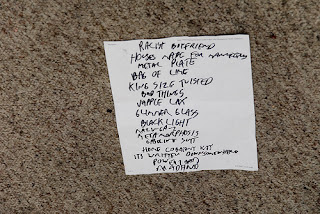 F.O.D. Pics including setlist by Eldon Baldwin.
Cleanup was super easy and It could not have gone better. I'll start taking suggestions on who should play next year now!
Posted by celebrated summer at 2:25 PM 1 comment:

Showed up today thanks to Moo!!!

Posted by celebrated summer at 11:24 PM No comments: 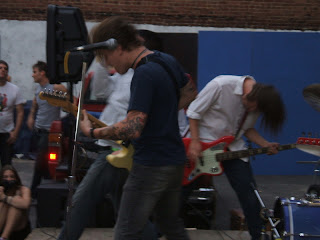 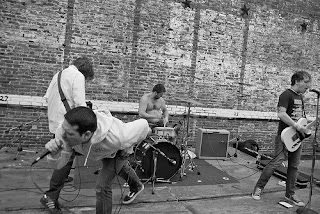 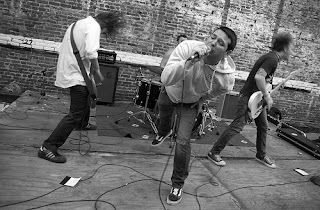 I was inside when FIYA played but by the time Government Warning went on I was right up front. Kids went off and GW played a great set. Fucked Up went on next and although the crowd reaction was not as strong as it was for GW they got a great response and played really well. Overall a pretty great time and big thanks to Katty Otto for putting it all together, she did a great job.
Posted by celebrated summer at 10:37 PM 1 comment:

July 27th was the first of the three Celebrated Summer Anniversary shows. The Charm City Art space was the location and we were honored to have both Conquest for death (CA) and BREAKFAST (TOKYO) to set things off. First up was The Cult Classics (MD) with some high energy thrash that got the circle pit going. Patrick from CC was also the one responsible for booking this show so my thanks go out to him twice over. Next up Deep Sleep played and although we were more Punk then thrash and more Pop than fast I think we did a pretty good job and I had an awesome time playing in addition to being honored to play with Breakfast. Conquest for Death was up next and pretty much tore the roof off of the space with energy and jumps I have not seen in forever. Also they were fast as hell and amazing musicians along with being incredibly friendly.


Breakfast were as good if not better than when I had previously seen them in Tokyo in 2004. They started off with a barrage of skate-thrash and then broke it down into the Jazz punk that sets them apart from almost everyone. The kids circle pitted to the Thrash and Danced it up for the Jazz. It was amazingly fun and the perfect vibe for the first of the anniversary shows.

Breakfast
Posted by celebrated summer at 9:58 PM No comments: